It never fails to amaze me when people think that the best website, or best advertisement is going to make all the differences in their businesses.  They believe that all the new toys, or ideas are going to make up for failing to treat others like you are human as well.

There is no substitute for a human connection in any advertising world.

Those that are being ignored will find their needs met elsewhere.

Example:A 8 year old boy wrote a letter to Boeing detailing a drawing of a plane he wanted them to make.  The return letter asked him to stop using the trade mark logo in his drawings.

Now it is very easy for large corporations to overlook the individuals around them as Boeing for example does not sell to many individuals, nor do they rely on any for their business to keep open.

But as you can imagine the company got a firestorm of press from this sort of treatment to others.

Example:In the year 2000 Metallica sued 30,000 fans for illegally downloading their music on Napster.  … 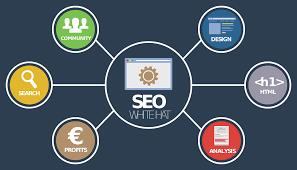 You know that search engine optimization (SEO) is a powerful sword that can beat down your competition like weeds, but are you working every possible angle with your current SEO strategy? There is a lot to learn in the world of SEO and most small business owners are only using a very small portion of the knowledge that is out there to be found.

As Dave Green from leading SEO agency, Azzurro Blu explains, you don’t want to be one of those small business owners! You want to be one of the few who discover every aspect of the art so you rise to the top rather than sinking in mediocrity with the rest of them.

Search engine optimization is a two-edged sword. If you aren’t flexing both edges you aren’t getting the best results possible from your SEO strategy.

This is where most people start with SEO, and unfortunately it is where many small businesses end. Onsite search engine optimization involves lacing your entire website with well chosen keywords in an effort to be ranked …

There is nothing more heartbreaking than to see an earnest hard-working family with its back against the wall in bankruptcy proceedings being thrown out of their home because someone steered them towards cheap unreliable bankruptcy services to help solve their problems. Things are so tight these days, that even a few days of layoffs in the family can push everyone to the brink of financial disaster. People in temporary trouble like this do know that things could get better really soon; and to keep the creditors from foreclosing on their home, they could retain a lawyer out of the Yellow Pages who specializes in bankruptcy services. Lawyers are not strongly disliked for no reason; often they can just take your money, sell you hope, and just never do their job. They could salve their conscience with something silly like, “at bargain basement prices, what  did you expect, all my attention?”. This kind of work isn’t even that complicated – he’ll just need to show up, and submit your undertaking that you intend to honor your debts. But if he doesn’t … 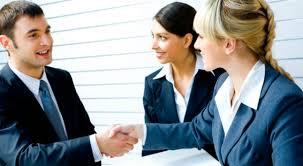 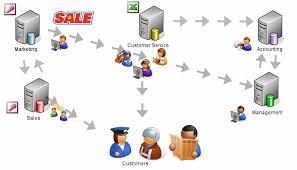 The newest small business CRM software packages have all kinds of great new features. Most happily for the small business, they are also trying  to take the whole deal on the cloud. When it’s on the cloud, a small business that doesn’t have the resources to staff a whole department to manage this whole thing, can just get everything handled for it. It’s like they’re outsourcing their CRM.

The latest software tries to reduce customer maintenance load on businesses by making customer self-service on the Internet an easy-to-implement thing. They also make it easier for businesses to integrate their Internet …

Effective time management is the backbone of every successful entrepreneur but, sadly , its a skill that many of us seem to lack. However, as our business grows and we get busier its easy to fall into the trap of reacting to emergency situations, dealing with customers who shout the loudest and,of course performing the jobs we like doing while putting off the ones we don’t. Thats a recipe for disaster in any business. So, given that time management is so important, but seems to be so tricky to get right, here are some quick tips that I have developed over the years that work for me. Hopefully you wil find the useful.

This article has been provided by Peter Shields who run BusinessPort Ltd – a leading firm of business consultants in Aberdeen and London.

One of the biggest obstacles with time management is not necessarily that you can’t manage your time, it’s that you’re not setting your weekly priorities.
If you don’t know what you want or need to accomplish for the week, it’s difficult to sit down …